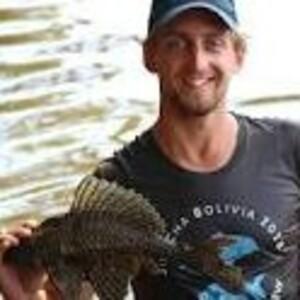 Daniel Konn-Vetterlein was born in Germany in 1990. After he finished his schooling he served a voluntary year in ecology and found his passion for birds and the Wadden Sea in northern Germany, a world heritage area and signpost for the years to come. He decided to stay in the north and started his studies of Biology and Spanish at the Christian-Albrechts-University of Kiel. During his studies, he worked in environmental education, the monitoring of fauna, and the development of renaturation plans.

At the age of 10 he got his first aquarium and very soon decided to dedicate all his passion and time to catfishes. Loricariidae, Callichthyidae, Auchenipteridae etc., these taxa fascinate him at day and night-time. To increase his possibilities Daniel joined the IG BSSW e.V. (International Society for Barbs-Tetras-Loaches & Catfishes) in 2008, made a lot of friends and connected well in the hobby. In 2015 he was elected president of mentioned society and is representing the growing club since.

Whenever he can he tries to travel to the natural biotopes of catfish in South America. One country more than others has become a second home for him: Bolivia. During several expeditions to this beautiful country, he studied many fish species of which little is known in the hobby. Daniel tries to spread the gained information, adventures, and funny anecdotes whenever he can. He loves travelling to conventions, fish-meetings, and personal rooms full of catfish. Plus, he writes for several magazines and contributes to online databases.