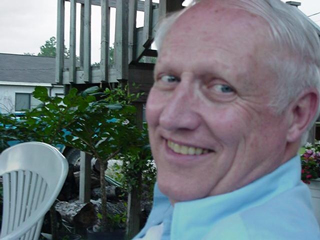 The Fund is being overseen by a Committee, appointed by and reporting to the ALA Board of Directors, and consisting of ALA Directors Rit Forcier (committee chair) (CT) and Dr. Don Holtgrieve (OR), and Dr. Ted Coletti (NJ). As a registered 501-c-3 non-profit entity, donations to the American Livebearer Association’s LFC are tax-deductible. Initial donations to the fund have already been put to good use, with proceeds going towards the support of HALCP, also known as Fish Ark Mexico, in memory of the late Ivan Dibble.

“Jim is the ALA member who has done more to educate us on the need for conservation efforts for our favorite group of fish than anyone else,” comments past ALA Chairman Allen Wood. “ His efforts have convinced us of the need to work to improve habitat wherever livebearing fish are under threat and to maintain for the long term these threatened fish in our aquaria.”

An ALA Fellow, this retired Curator of the historic Belle Isle Aquarium in Detroit has been instrumental in the captive breeding, education, awareness, and distribution of the endangered and extinct fishes over 6 decades, particularly the Goodeid livebearers of Mexico. Most of the goodeids currently in the hobby are believed to have come from Langhammer’s stocks, which he has been freely giving away to hobbyists, universities, and public aquariums around the world for decades. Jim also introduced several other species to the freshwater hobby, and worked closely with ALA Founder Dr. Joanne Norton in the early years of that organization, later serving as Chairman. He is also one of the Founders and First President of American Cichlid Asssociation (ACA), where he is also honored as a Fellow.

“Hammer” as he is known among his friends, continues to be a source of education and assistance to hobbyists and academics of all levels around the world. The ALA honors his generosity and commitment to endangered animals with the establishment of a conservation fund in his name.

If you would like to make a contribution, you can donate via PayPal by making a payment at our "Donate to the ALA" at https://livebearers.org/content/donate-ala .  Just choose the amount you'd like to donate and note that the donation is for the Langhammer Fund for Conservation. A receipt for income tax purposes will be sent to you.

You can also send a check or a money order to:

Remember, all contributions to the ALA are deductible on your Schedule A as a contribution just like any other contributions you may make to your church, the Salvation Army, etc.

Description of the Project:  Monies will be used to provide support for the UAEM Ecophysiology and Conservation Lab, which studies goodeid adaptation to high-altitude environments and tries to protect these environments and their flora and fauna from degradation. The focus is on Girardinichthys multiradiatus, a rare and sensitive species adapted to high cold waters, and Goodea atripinnis, a more tolerant and widespread species. Studies in the lab provide fundamental and critical information on the basic biology of both species as well as captive husbandry research necessary for future re-introduction projects into waters from which the species have been lost.

Description of the Project: Monies will be used to provide partial support for a project to survey the livebearers (Poeciliidae) and associated fishes in the highly diverse but poorly studied rainforest region of Santa María Chimalapa in the state of Oaxaca in southern Mexico. This area remains largely intact and has some interesting forms of Pseudoxiphophours (Heterandria) bimaculatus that may prove to be new species.