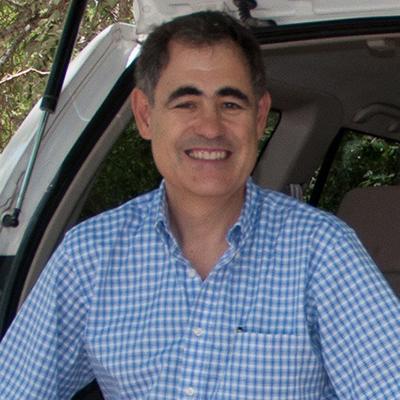 Juan Miguel Artigas Azas is a naturalist living in San Luis Potosí, Mexico (actually, the very center of it). He has been passionate about fish ever since he can remember. Although his main interest is Central American fishes, he studies and is drawn to many other species and locales as well.

As creator and editor of the Cichlid Room Companion, Juan Miguel found that his strengths in both the computer and the natural world coincided with the revolution of the internet - an opportunity that lead to the vision of bringing them together in a venture for a site that could pass along the formation to cichlid aficionados and scientists for years to come! Juan has found this never ending project a commitment that he has been willing to maintain with fresh and invaluable scientific content uninterruptedly for over 20 years now.
Juan Miguel enjoys traveling to the natural habitats of the fish he loves, where he obtains underwater pictures of them. He likes to observe them, trying to understand their natural history and relationships. He has managed to obtain great knowledge on the biology and geographical distribution of the fishes in Mexico and Central America. This brings to his conferences originality and special interest aspect to a world of intricate behaviors and spectacular endemic species of the region.
Juan Miguel has written many articles on Mexican and Central American freshwater fish for several publications. He has also been honored with the invitation as a lecturer in fish-oriented conventions in several countries, including Australia, Belgium, Canada, England, Germany, Mexico, Netherlands, Norway, France, Italy, Sweden, and the United States. Juan Miguel is part of the American Cichlid Association - Marineland speakers program.
Juan Miguel has been awarded the Guy Jordan Retrospective Award 2008 by the American Cichlid Association. The maximum honor this association gives to people who have done extensive contributions to the International Cichlid Hobby.